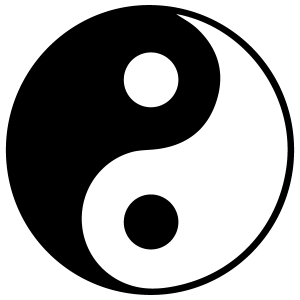 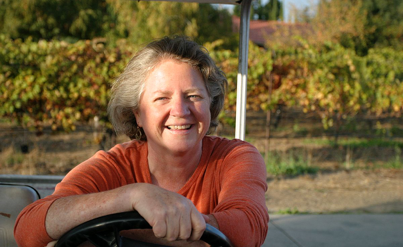 Dr. Mathis grew up in Santa Cruz, California. She received her BS in Animal Science from UC Davis in 1980. After graduation and a summer of breaking horses in Oregon, she began a job in research at the VA in Palo Alto. When her job at the VA moved to Oregon, she started working for her future mother-in-law, Kathryn Kennedy, managing the winery her husband still runs – Kathryn Kennedy Winery. A few years later she began dog training and soon started her own dog training business. In 1995 she started Veterinary School at UC Davis. There she helped start the first Holistic Medicine Club and taught dog training classes for classmates and the blood donor dogs in the hospital. After graduating with High Honors, she concentrated on perfecting her Western Medicine skills while working for VCA. She fully integrated into Traditional Chinese Veterinary Medicine after starting her own housecall practice in 2003. Her education in the five branches of Chinese Medicine and osteopathy-like manipulations is on going. She supports her profession through many professional associations, including serving as a past director for the American Academy of Veterinary Acupuncturists. Remaining time is spent with her husband, Marty Mathis, and their newest addition, LC – a Bluetick Coonhound, German Shorthaired Pointer cross. Together they work on training, scent work and agility for LC, surfing, flyfishing and biking whenever possible. 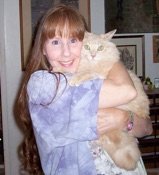 Carol Rohr is our office manager as of January 2010. Carol has had extensive experience as an administrative assistant & office manager/bookkeeper, but she prefers to be a cat & dog “mom” to her & her boyfriend Steve’s family of kitties (Puddy pictured with Carol, Boo, Punkie, & Squeek) & one dog (Chelsea). Carol is a moderator on two Yahoo groups (Feline Heart & Feline Hypertension) & participates in several other cat & dog groups that deal with feline & canine health. She has her Bachelor of Music Performance from Eastern Illinois University and when she’s not taking care of the furkids, Carol enjoys gardening & photography.

Send Us a Message

Serving the San Jose and Santa Cruz areas by appointment only.

We use cookies on our website to give you the most relevant experience by remembering your preferences and repeat visits. By clicking “Accept All”, you consent to the use of ALL the cookies. However, you may visit "Cookie Settings" to provide a controlled consent.
Cookie SettingsAccept All
Manage consent

This website uses cookies to improve your experience while you navigate through the website. Out of these, the cookies that are categorized as necessary are stored on your browser as they are essential for the working of basic functionalities of the website. We also use third-party cookies that help us analyze and understand how you use this website. These cookies will be stored in your browser only with your consent. You also have the option to opt-out of these cookies. But opting out of some of these cookies may affect your browsing experience.
Necessary Always Enabled
Necessary cookies are absolutely essential for the website to function properly. This category only includes cookies that ensures basic functionalities and security features of the website. These cookies do not store any personal information.
Non-necessary
Any cookies that may not be particularly necessary for the website to function and is used specifically to collect user personal data via analytics, ads, other embedded contents are termed as non-necessary cookies. It is mandatory to procure user consent prior to running these cookies on your website.
SAVE & ACCEPT